Cord-in-the-Cloud (CiTC) is a deployment of CORD where the entire framework comprising of OpenStack, ONOS and XOS is brought up on a cloud infrastructure in a distributed setup. CiTC allows for on demand test-bed creation and one click provisioning of the CORD solution. All components of CORD are brought up independently on multiple virtual machines and the environment can be used for learning, development and test needs.

Click here for a quick introduction video of the solution.

CiTC is a self-contained environment for users to experiment with the CORD project. To get started, please request Larry Peterson, ON.Lab for an user account for the ONLab SDCloud Enterprise. Once the account is setup, you just need internet access to start using the solution. The virtual machines for hosting various components of the CORD solution are automatically created. Additionally all the dependencies are taken care while bringing up the solution on the cloud. For most basic learning and development needs, no additional investment is needed.

While the basic version of CORD is available to ON.Lab users on pre-configured virtual server environments, the solution is flexible, customizable and scalable, allowing provisioning and deployment on different types of server configurations including bare metal.

If you are looking for CORD deployments using CiTC on specific hardware configurations, including connectivity to hardware in lab environments write to cord-info@criterionnetworks.com. CORD solution sandbox is available on a pay-per-use basis on SDCloud from Criterion Networks (separate registration required).

Getting started with CORD

Provisioning CiTC can be accomplished through an intuitive user interface on ONLab SDCloud Enterprise Portal . Users are encouraged to understand the architecture,  getting started video, and the sample use cases before getting started with complex use cases.

Cord-in-a-Cloud brings up the CORD architecture on 5 different virtual machines. Once provisioned, the nodes are available with the following host names and roles. CiTC is based on Open CORD 2.0 the stable community distribution. Support for CORD 3.0 is planned soon.

Below is the high level architecture of CiTC. The HAproxy can additionally do load balancing across multiple SDN controllers for more complex deployments (not part of the community release). 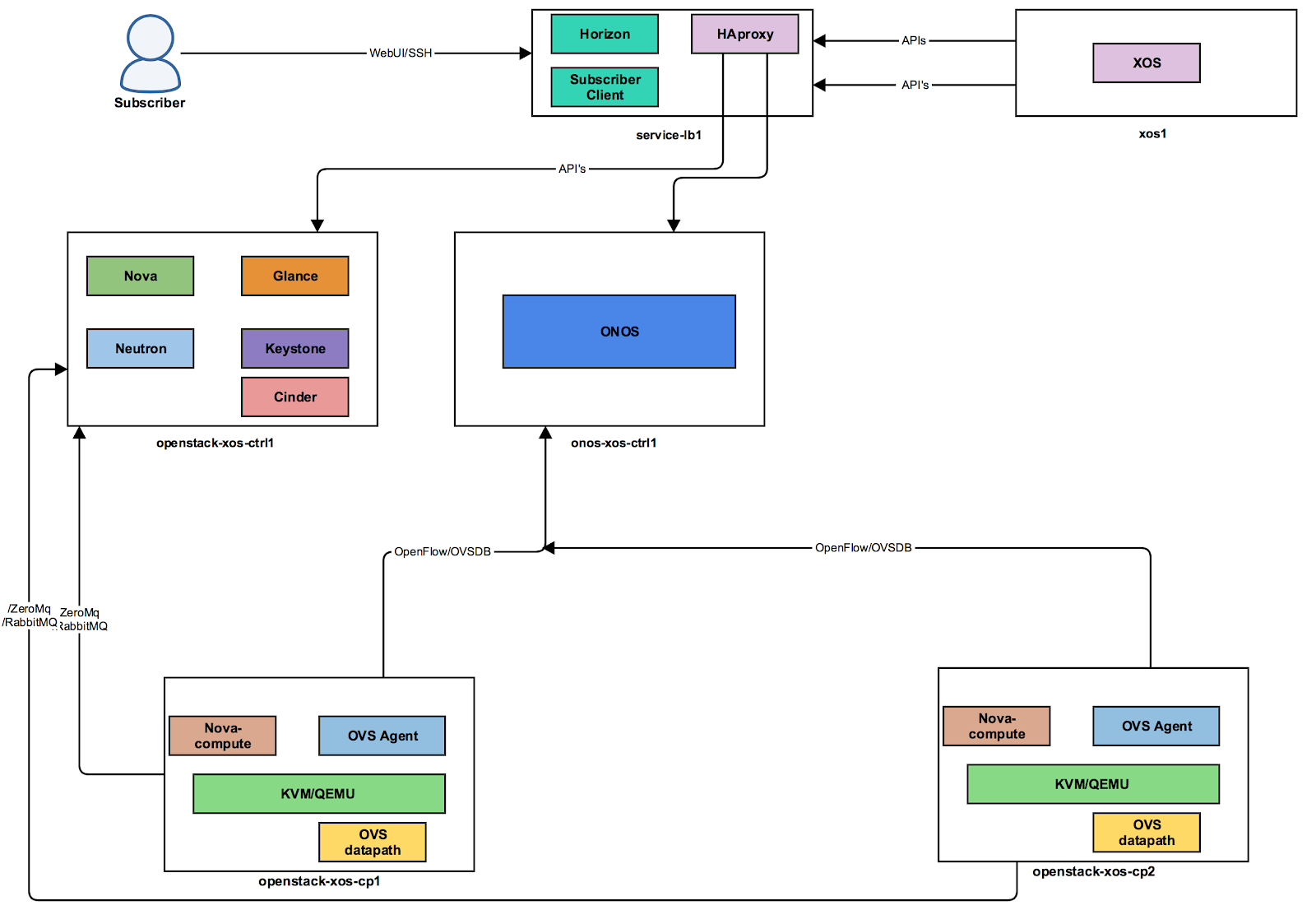 The picture below provides a more detailed view of the network connectivity across different nodes in CiTC. 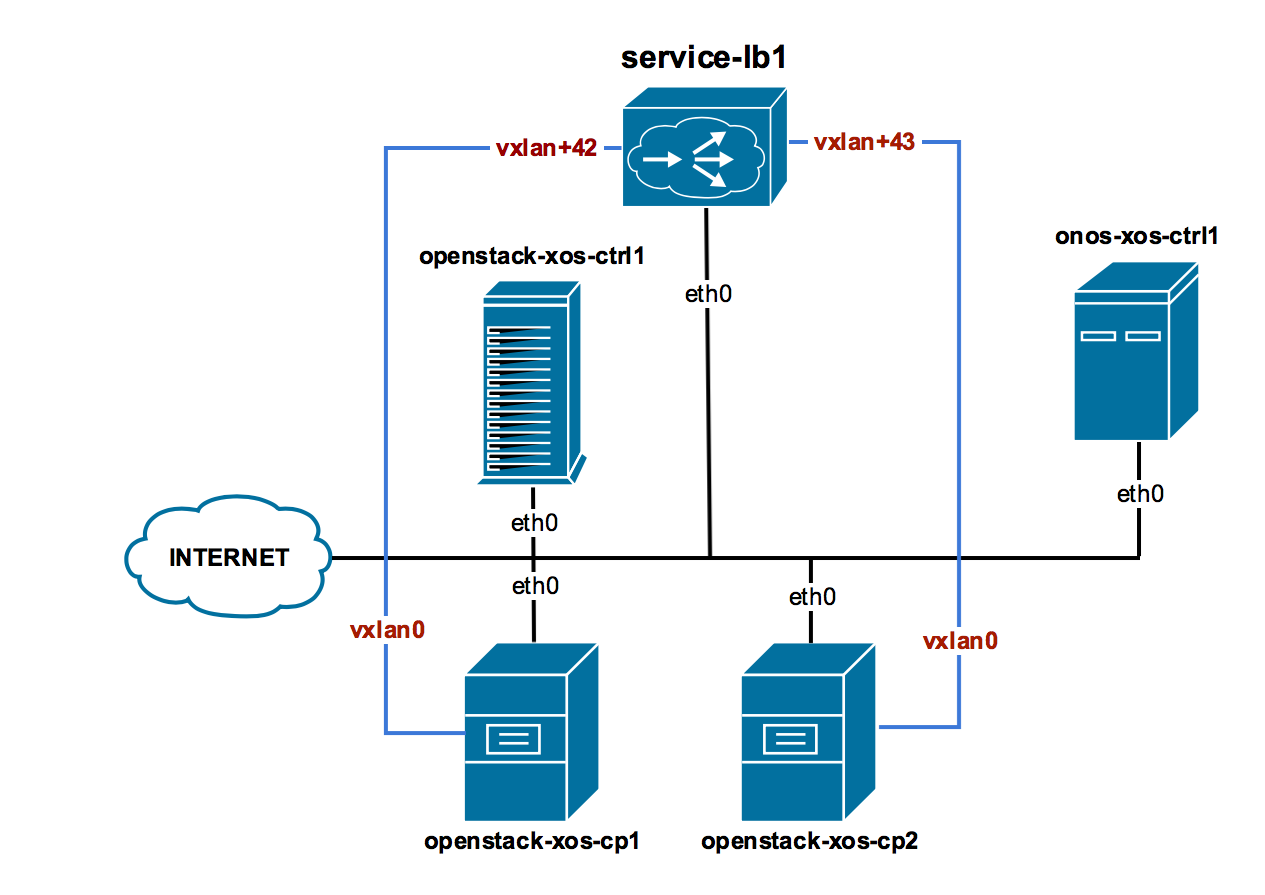 This section consists of details of OpenStack cluster and includes the following:

Nova provides compute services in OpenStack. The Nova OpenStack Compute service is used for hosting and managing cloud computing systems. Nova’s messaging architecture and all of its components can typically be run on several servers. This architecture allows the components to communicate through a message queue. Deferred objects are used to avoid blocking while a component waits in the message queue for a response. Nova and its associated components have a centralized SQL-based database. 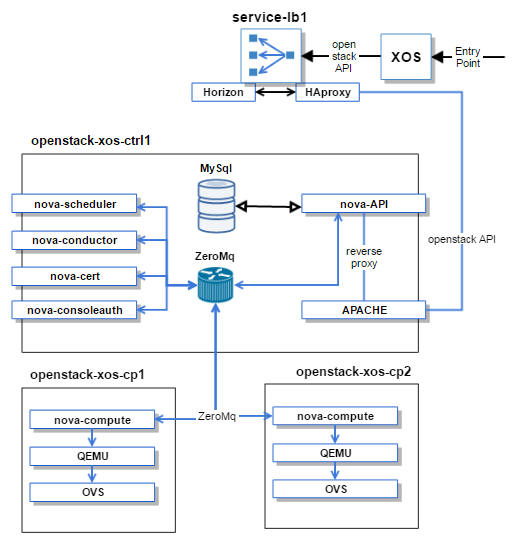 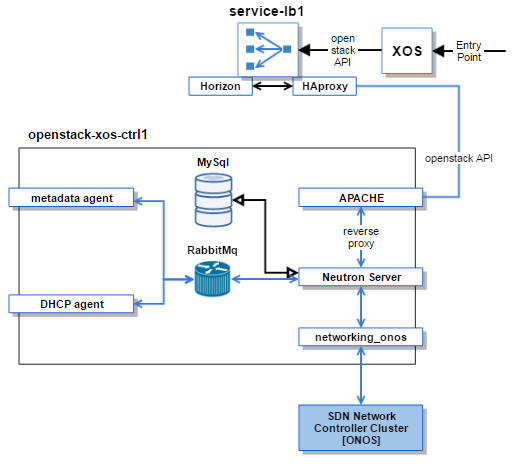 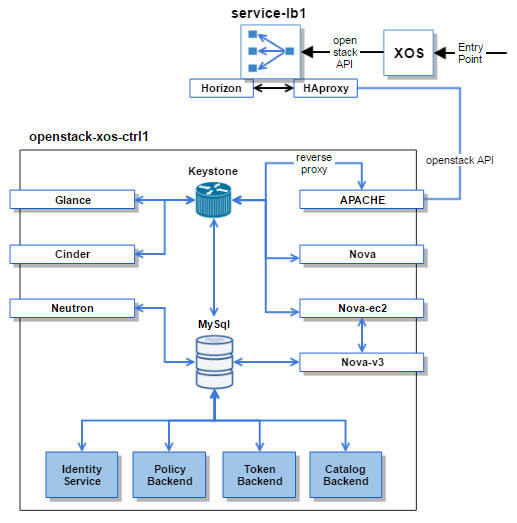 Glance in openstack is used to provide image service and metadata service. Glance image services include discovering, registering, and retrieving the virtual machine images. Glance uses RESTful APIs that allows querying of VM image metadata as well as retrieval of the actual image. 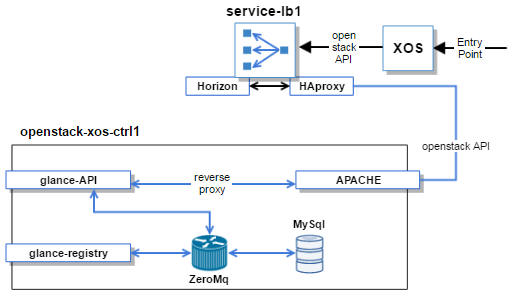 Cinder refers to the block storage service for OpenStack. Cinder virtualizes the block storage devices and present the storage resources to end users through the use of reference implementation (LVM) which are consumed by Nova in openstack. 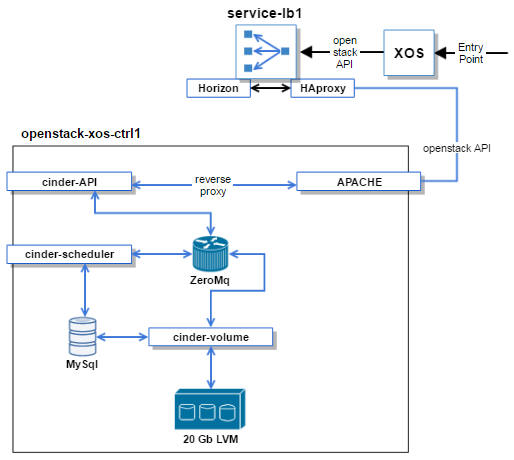 ONOS is the SDN network controller which is responsible for providing networking in this version of OpenCORD. Openstack communicates with ONOS through networking_onos service plugin. 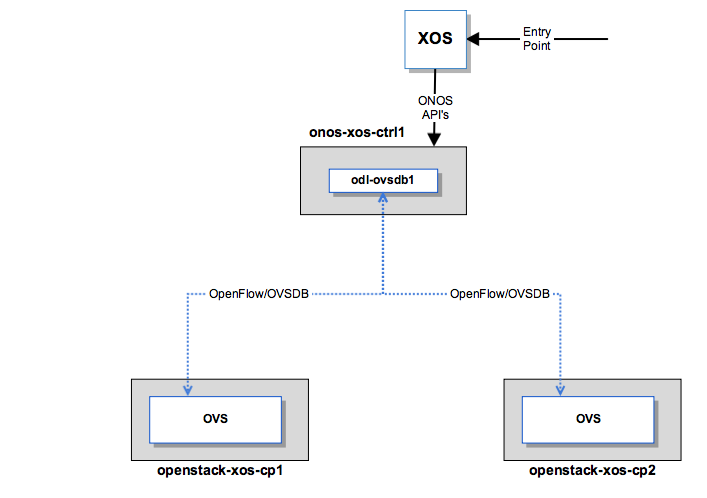 The section below provides an overview of how a common CORD use case (ie. R-CORD) can be provisioned on CiTC.  To facilitate learning and experimentation for first time users, during bring up, we provision a test subscriber for which a vSG service comes up as part of cluster creation. Subscriber clients are simulated using LXC containers to test the use-case.

A datapath is a collection of functional units that perform data processing operations. The following diagram describes Datapath network configuration in OpenStack.