Cavium XPliant® Fabric has been seamlessly integrated with ONOS controller (version 1.12 and up), allowing ONOS applications to manage the underlay physical infrastructure for CORD services. 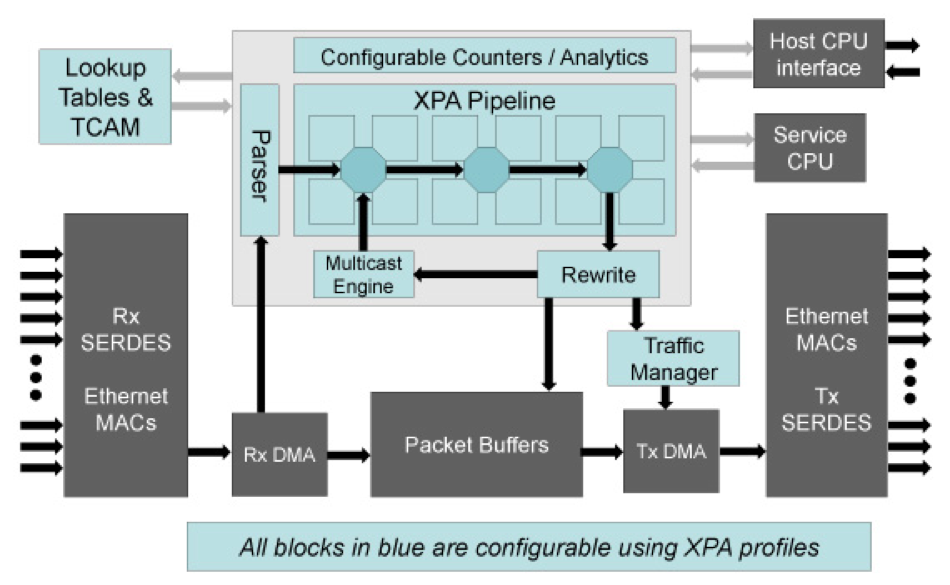 XPliant software stack leverages XPA™ flexibility to configure the switch to CORD-tailored pipeline implementation, optimizing the functions and the tables sizes to the solution specifics.

XPliant® software stack integrates OvS as the OpenFlow Agent and uses XPliant Adapter to implement OVS OF APIs and to translate them into XPliant Development Kit (XDK) OpenFlow APIs, as shown in the diagram below: 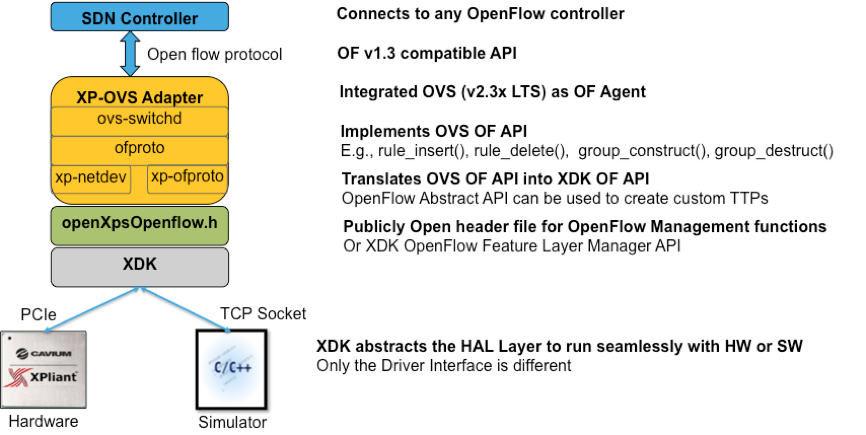 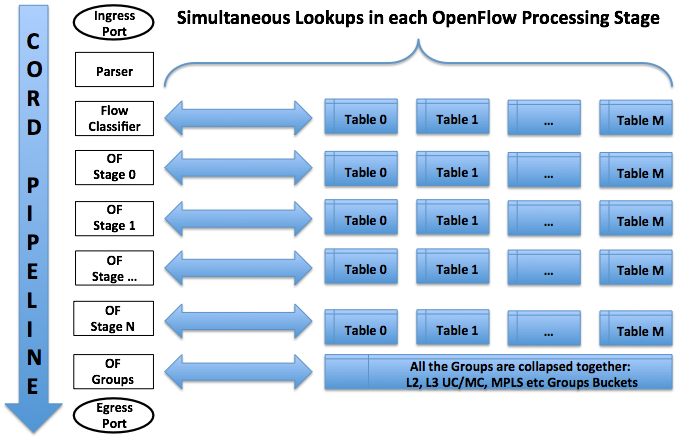 Cavium XPliant® implementation for ONOS-managed CORD is based on the Cavium Real OpenFlow (CROF TM) software architecture, mapping its' primitives to the schemes are used by ONOS Fabric Applications, such as 'segmentedrouting'. 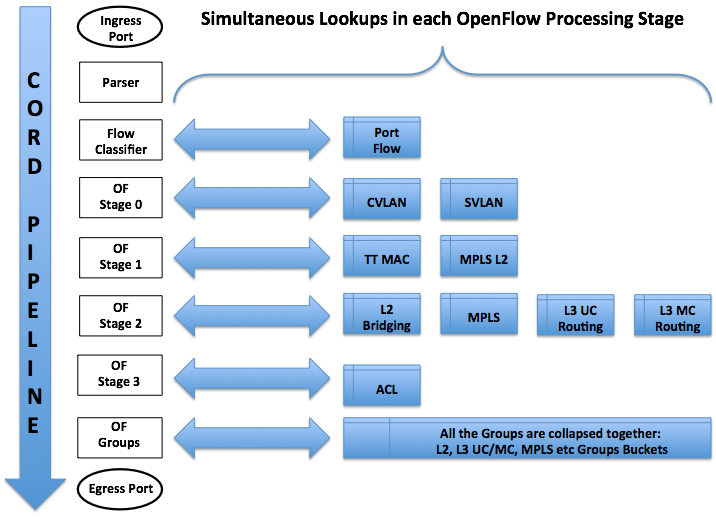