The diagram is a high level logical representation of a typical CORD POD.

The data plane connections are shown in red.

The end-user traffic going from the access devices to the metro network, traversing the fabric and the compute nodes, is shown in green.

The diagram shows in blue the system components connectivity through the management network. 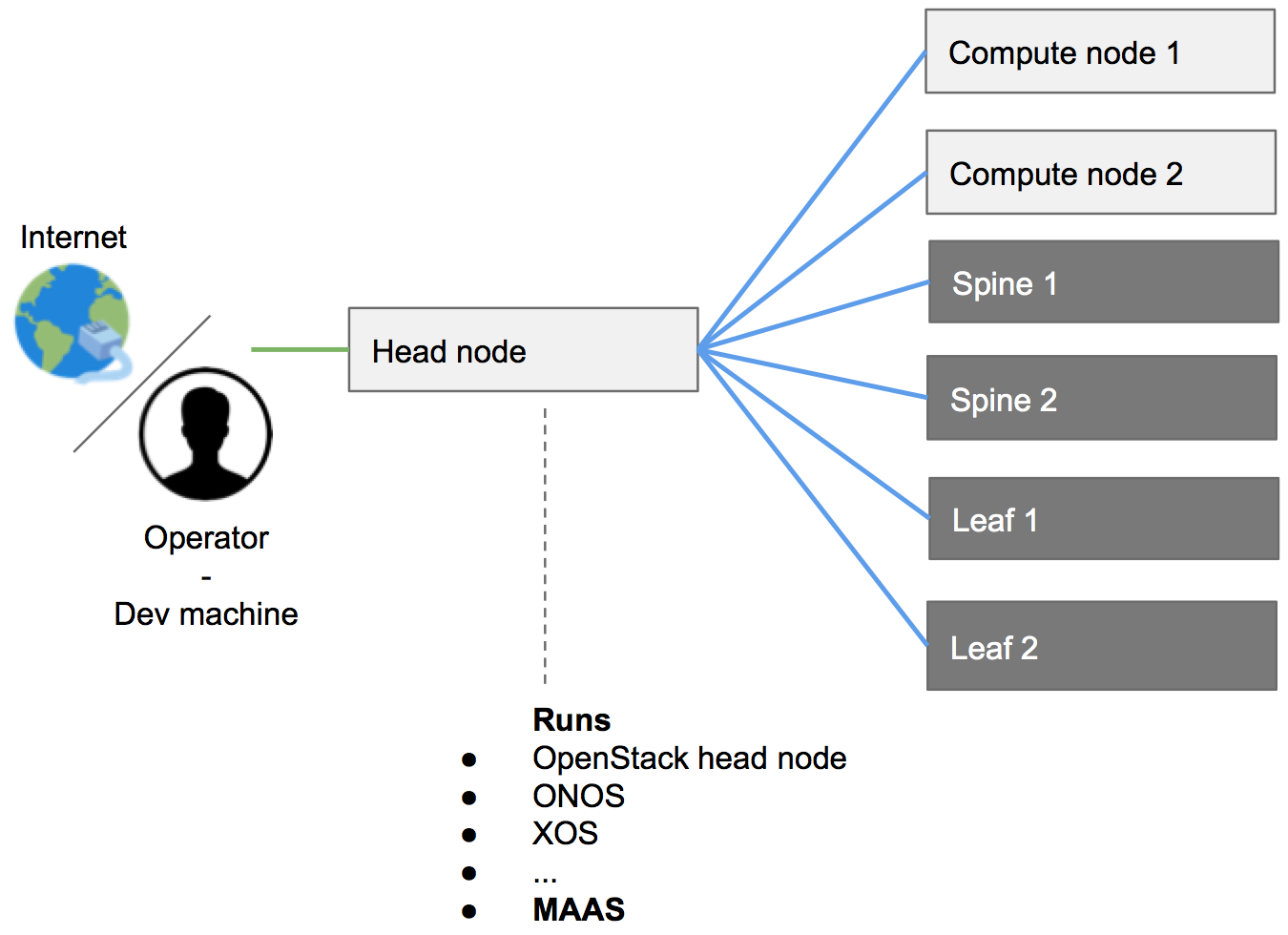 The head node is the only one connected both to Internet and to the other components of the system. The compute nodes and the switches are only connected to the head node, which provides them with all the software needed.